But she’s pretty much alone in thinking that way. When Ichise and her go to the above world they discover that humanity above has gone a very different way. 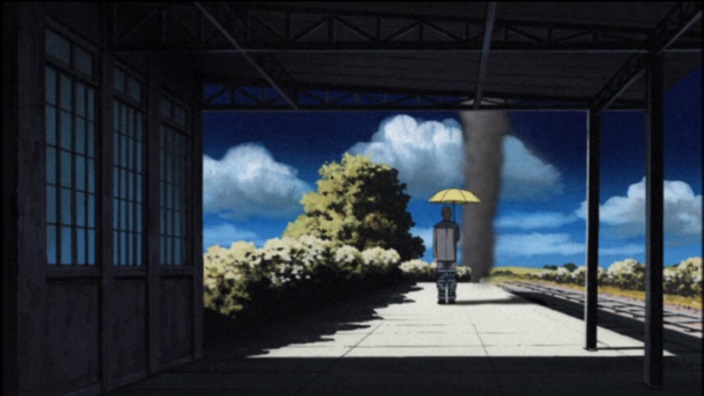 The theonormals that aren’t already dead are dying out. The landscapes seen are based on Hopper’s paintings. Here are a few side by side comparisons. Of Hopper’s paintings is said in his wikipedia article “His primary emotional themes are solitude, loneliness, regret, boredom, and resignation”. That is the state of the people up above.
Theonormals sent violent humans to Lukuss and eliminated that threat but nothing happened to make them evolve into the next species. They are on the verge of extinction. Whereas in the meantime the people of Lukuss managed to conserve that will and resolve to live on.
After discovering the surface world it is much easier to understand Yoshii’s actions. I don’t think Yoshii had any clear premeditated plan at first. He just wanted to create a big spectacle and see a whole lot of violence and raw human emotions, something inexistent up above.
But as he says in episode 9, along the way he finds a purpose. 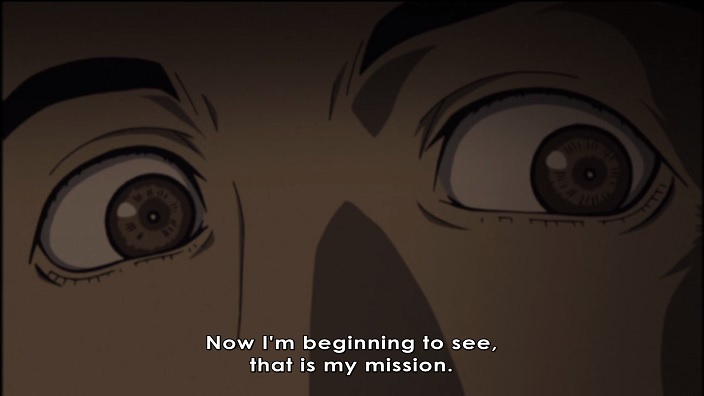 To enlighten and empower the people of Lukuss, make them find the truth about the class and the above world.

Onishi in contrast strives to preserve harmony and avoid any conflicts in Lukuss. He maintaned a certain order and peace in Lukuss even though tensions were high. Lukuss people were the descendants of violent humans but it seems like in time, with leaders like Onishi, they might have converged towards the same fate as the theonormals, creating a peaceful but dead end future. With Kano member of the class coming to fight, the spectacle that Yoshii wanted eventually happens. Kano explains to Onishi how he despises the harmony that he maintains in Lukuss. He set out to change the city and succeeded. Kano knows the impass the theonormals are in and wants humans to transform and evolve into the next species. The texhnolyzation done to the shapes is pushed to the extreme with only the head remaining. There’s no doubt that they are no longer human and are the next step to mankind’s evolution.

Meaning in life and being free.

Meaning in life and the concept of being free are some of the main points in Texhnolyze. For Yoshii “True freedom can’t lean on anything. It’s transient, lonely and arduous.”

Shinji and Onishi weren’t free. They belonged to the city of Lukuss. Shinji dreamed of the hill and being accepted by the class, but by the end he realized his mistake.
Tooyama became a shape in order to survive, he was ready to pay whatever price necessary. But what is the point of living when you are no longer human ? Ichise by killing him delivers him of his cowardly choice. Tooyama even thanks him for it.
Hal couldn’t accept Yoko not loving him and preferring Shinji and Yoko was jealous of the secretary Shinji fancied. Hal grew hateful and became a Shape. This freedom in relationships that Shinji believed in brought a lot of pain to his friends. Yoko and Hal felt fine exercising this polyamorous situation when it benefited them but couldn’t accept it when it didn’t. They were not free.
Ichise became a member of the organo and felt a duty towards the organization. But in return he was “collared and chained” as Tooyama puts it. The tie is used as a representation of that collar.

Ran can predict one of the many possible futures. We know that the future Ran sees can be changed, as seen in the first episode where Yoshii saves the sage of Gabe. The Gabe people of the mountains rely on the seer and act according to what she sees. Some refuse to be bound to that deterministic viewpoint like the chairman of the Organo who chose to create his own path and future in the city. Yoshii asks Ran not to tell him or others about his future whereas Ichise asks to know his. The decision to not be constrained by prophecy emphasizes how free Yoshii really is.

Ichise is relieved of his duty to the Organo by Onishi before going up above and becomes free again. When he decides to come back down it is to save Ran, he’s found meaning. Ichise at the beginning is violent and can’t control his anger. His violence and specifically killing is what made him be able to survive but it’s also the reason Ran’s prediction came true “You will destroy everything, you will hurt many people, you will be all alone in the end.” Ichise kills off the probably last remaining humans in the city after they kill Onishi. As he walks toward the opera he asks himself if he’s changed ? He kills Kano in a fit of rage after discovering the state of Ran. No he definitely hasn’t changed. He’s still the same old violent killer. Ichise’s violent nature and propensity to kill is the reason Ichise survided yet it’s also the reason of humanity’s extinction.
The sage from Gabe explains that “A city is born, it is destroyed the destroyer of the city is in turn destroyed, and the city is reborn. Then the cycle repeats itself.” The destroyer being destroyed is Ichise and not Kano. It’s the only way to make sense of Ran’s prediction. Kano planted the seeds of rebirth the Sage talked about. It happened many times before, only this time it won’t be humans who’ll emerge again. 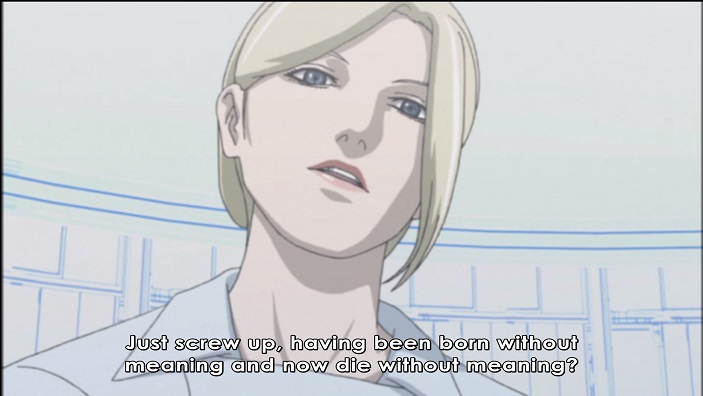 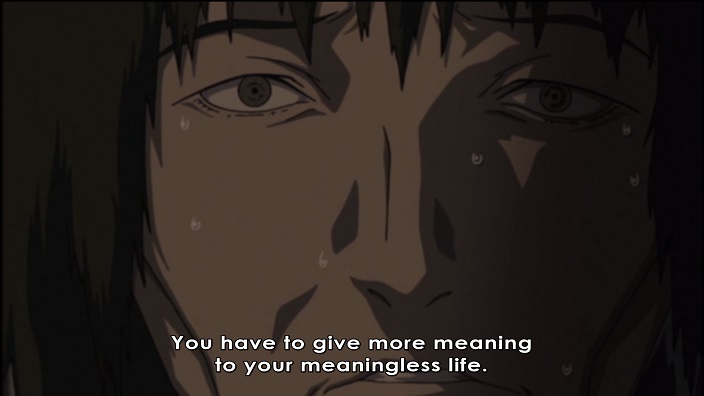 After Doc’s vision on texhnolyzation was rejected by the class and the above ground humans she lost all meaning in her life. Without meaning she saw no point in continuing to live and killed herself. The radio communications up above were nonsensical, the people had lost all meaning and will to live. Perhaps without meaning one can’t continue living ? Ichise in the beginning had none and yet had the will to survive. Yoshii finds his along the way.
Whether we live being free or having a meaning Texhnolyze seems to tell us that in the end humanity as a whole is doomed. Kano in this sense is indeed the sanest person and many people in the city adhered to his ideology and plans for humanity.

If we change our nature we’ll finish like the theonormals but if we don’t it’ll be the reason we die out. Extinction seems to be the only outcome.
Fundamentally changing our species and casting aside our humanity like Kano did is probably the only way to continue existing. 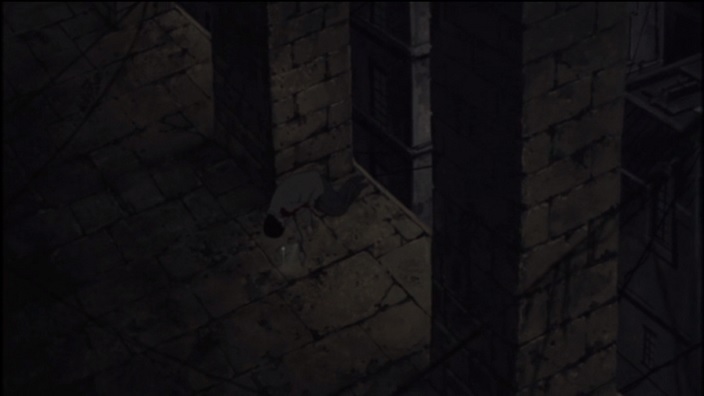 5 thoughts on “Explanation of Texhnolyze”